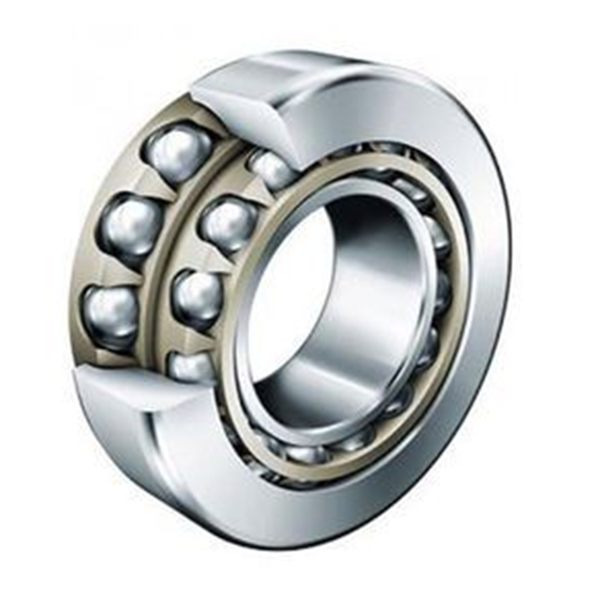 
Send email to us

Angular contact ball bearings can bear both radial and axial loads. Can work at higher speeds. The larger the contact angle, the higher the axial load carrying capacity. High-precision and high-speed bearings typically have a 15-degree contact angle. Under the action of axial force, the contact angle will increase. Single row angular contact ball bearings can only bear the axial load in one direction, and will cause additional axial force when bearing radial load. And can only limit the axial displacement of the shaft or housing in one direction. If it is installed in pairs, make the outer rings of a pair of bearings face each other, that is, the wide end faces the wide end face, and the narrow end faces the narrow end face. This avoids causing additional axial forces and confines the shaft or housing to the axial play in both directions.

Because the raceways of the inner and outer rings can have relative displacement on the horizontal axis, angular contact ball bearings can bear radial load and axial load at the same time - combined load (single row angular contact ball bearing can only bear axial load in one direction, Therefore, paired installations are generally used). The material of the cage is brass, synthetic resin, etc., which are distinguished according to the bearing type and usage conditions.二：Type
7000C type (∝=15°), 7000AC type (∝=25°) and 7000B (∝=40°) the lock of this type of bearing is on the outer ring, generally the inner and outer rings cannot be separated, and can withstand radial and axial combined load and axial load in one direction. The ability to bear axial load is determined by the contact angle. The larger the contact angle, the higher the ability to bear axial load. This type of bearing can limit the axial displacement of the shaft or housing in one direction.

Write your message here and send it to us